What would you do if you were 18 and told the future of the world is in your hands? 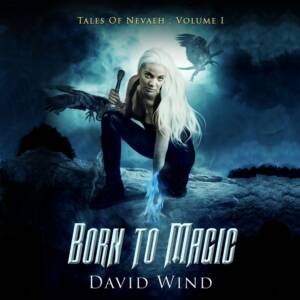 3,000 years after America is destroyed by nuclear war, the inhabitants have evolved, embracing magic and metaphysical warfare. As enemies from across the seas begin to close in, ancient legends come alive, leaving noone safe. The only two who can stop the onset of the darkest evil is the sorceress,Areenna, and Mikaal, the son of the High King of Neveah. With the safety of the world in their hands, and their powers young and erratic, will Mikaal and Areenna find the courage and strength to overcome the impossible, or… 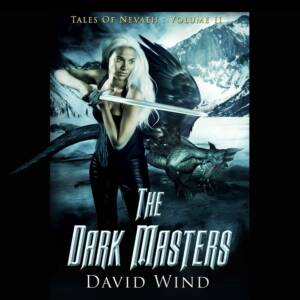 Across the sea, the sorcerers known as the Dark Masters, launch a fleet of ships with tens of thousands of warriors. In Nevaeh, charged with an epic journey, Areenna and Mikaal, armed only with their psychic abilities, their swords and Areenna’s bow, must travel to the desolate Frozen Mountains. There, in the unchartered dangerous region, they must discover not just the legends, but the millennia old secret awaiting them in their fight to save Nevaeh from extermination. 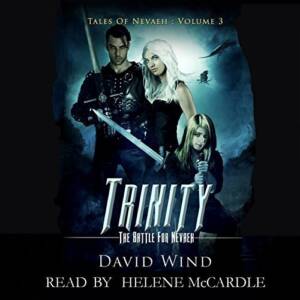 The conclusion of the opening Trilogy of the Tales Of Nevaeh series, Areenna of Freemorn and Mikaal of Tolemac bring together the ten dominions for one last battle against their ruthless enemy. The Dark Masters threaten to annihilate the Nevaens, wiping humanity from the face of the earth, unless Areenna and Mikaal can find the mystical power that is Nevaeh’s salvation.

To save their world, and their people, they must go where no one has gone for 3000 years: below the Island—deep beneath what used to be Manhattan. As the days grow darker, they search to find deliverance for their people, and become what has been prophesied—the Trinity of power. To accomplish this, they must first discover the third pillar of their powers.

Time is running out. Can they build the Trinity in time to save humanity from extinction?

The Prequel to the Epic Fantasy Series, Tales Of Nevaeh 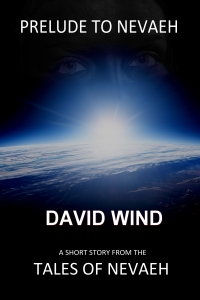 A Novella, PRELUDE TO NEVAEH is the prequel to the series, Tales Of Nevaeh, which includes Born To Magic, Vol I, The Dark Masters, Vol II, and Trinity, Vol. III. Prelude is the complete backstory of how and why Nevaeh came to be, of how Roth came to Nevaeh, and of how the people and animals of Nevaeh evolved. 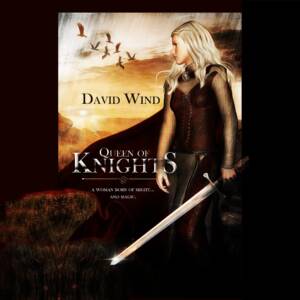 In the days of Richard The Lion Heart, Gwendolyn was born. Conceived within the Druid mists, at King Arthur’s Legendary Pool of Pendragon and as prophesied by a Druid Priestess, she grew into womanhood, and became the most powerful knight the world had ever seen.

When Miles Delong, Earl of Radstock and military adviser to King Richard first saw her, he was lost to her beauty and might. He taught her the art of war, but it was Gwendolyn, who taught Sir Miles the art of love.

Together, Gwendolyn and Myles fought their enemies both at home and in the Holy Land. But it was not until Sir Miles was treacherously given over to Saladin, the King of the Moors, that Gwendolyn left England’s Druid Groves and went to the Holy Land, not as Gwendolyn Delong, wife of the Earl of Radstock, but as Sir Eldwin of Radstock, where she led the fight through the bloody Crusades and into to the very Court of Saladin, that the Queen of Knights became a legend.

Is the paranormal real? Do Werewolves, Shapeshifters, and Vampires exist or are they something…else? 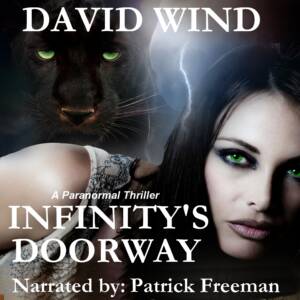 …”Find me…” The words uttered by the mysterious woman he’d swerved off the road to miss, echo continually in Dallas policeman Arren Blaine’s head as he fights to get back into the world of the living, after the almost fatal car crash.<
…”Find me…” So begins an odyssey of discovery that takes him far from the Dallas P.D. forensic labs and into the frightening world of the supernatural in his search for the woman who had saved his life. A woman he is destined to share eternity with, if he can find her… If he can save her. 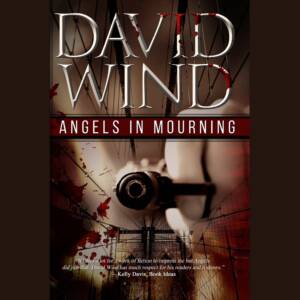 Can a Throwback Noir Hard-Boiled P.I. survive in today’s world? Can a dead man tell a tale?
Summoned early one morning to an apartment by the NYPD,Gabriel Storm learns his best friend, Broadway producer Scotty Granger, is dead. Police say Granger was murdered in a botched burglary attempt. Unwilling to accept the NYPD’s take on the crime, Storm pursues the mysterious killer into the underbelly of Broadway’s high finance, the dangerous world of pimps, gangsters, the Mafia and through the halls of the U.S. Senate, where he learns how even a dead man cannot keep a secret. 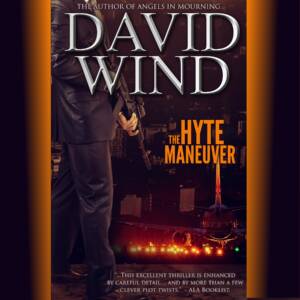 Dig in and hold your breath! This gripping terrorism thriller and serial murder mystery will not let you go.

When Trans Air Flight 88 is hijacked on approach to Kennedy Airport, warning bells ring in every agency in the country. For the passengers and crew the most terrifying hours of their lives unfolded. The hijacking ends with the deaths of the terrorists. The hostages who live are freed, and everyone believes the nightmare is over….but for NYPD lieutenant Raymond Hyte and the surviving hostages, it is just the beginning, as a serial killer stalks the streets of New York, murdering all the surviving passengers and challenging Raymond Hyte to stop the killing?

Can Hyte stop the killer before he murders everyone who was on Flight88? The battle between the ingenious murderer and the master policeman rages across New York five boroughs until it reaches its unexpected its climax.

“WARNING: David Wind has written an engrossing story with tremendous pace and authenticity of detail. It is a book to be savored, although perhaps not on a plane.” 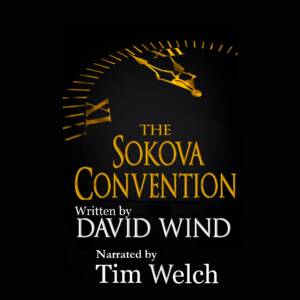 An Action, Suspense, and espionage, spy thriller.
For almost a half century, the KGB kept secret the most devastating political plot the Soviets have ever evolved. It began in a French farmhouse in 1947, and lay dormant until the Cold War ended. Then in an election year, a Russian sleeper agent initiates the Sokova Convention to take control of the United States.

In a safe house in France, in 1947, a Russian KGB Agent enters and kills a master OSS agent and his wife during childbirth and kidnaps their infant son. The infant is rescued moments before the KGB agent can leave France. Every trace of this horrendous act is destroyed and no record of the kidnapping exist.
Decades later, a KGB sleeper-agent discovers a super-secret file detailing a decades old plot to control the White House and is determined to reveal his discovery–the CIA sleeper agent, embedded in the KGB, is killed before he can complete the delivery to his CIA handler. The sleeper-agent lives long enough to warn CIA agent Kevin Chapin about a powerful mole in the American Government and how the mole’s role in the upcoming Presidential elections are the key and unless he can expose the dark secret, the ruthless enemies of our country will stop at nothing to seize control of the United States…..

A Better Place To Be was named a B.R.A.G Medallion Honoree