‘The Future Ain’t What It Used To be!’

The first time I heard this particular Yogi-ism, was a long time ago.  I’d forgotten about it until the other night, when watching Stephen Colbert on his Late Show. Colbert did a piece on it, and as I laughed, I also thought about the meaning behind the words, and realized this particular Yogi-ism, was a gem of deep and absolute wisdom, and is especially meaningful in today’s world.

Yes, the future ain’t what it used to be.

Thoughts of the future used to be filled with far reaching expectations, with hope, and  inspiration. Civil Rights and religious freedoms had come to all people, or so we’d thought. Disease was all but eradicated—I mean really, what they’ve done with everything from Polio to influenza tells us we are doing it right.

Then several things happened: We had a shift in American politics; a change in world-wide relations; a pandemic, and an insurrection. Then came the 21st century Space Race! Who, among us, except for science fiction writers, ever expected the private sector corporations to take up Space?  Yes, the new race to space is the playground of the billionaire corporate heads, and shows us a future given credence within the sci-fi books of the past decades that appears to be coming into the present.

So, yes, Yogi, the future ain’t what it used to be. But the question is, is this good or bad, or is it just the way life cycles every few centuries?

The pandemic changed us, there is no doubt about that! I’m still waiting to see how it turns out. Will those who believe in the misinformation about vaccines survive the next year, spread the disease amongst their families and friends, or will they die before propagating the disease even further? Or will they do what they consider the unthinkable, and get the Covid vaccine?

And when the world finally settles down, will it be safe for all of us, or just some of us? There are a lot of questions needing answers, but only the future will bring them.  And our future is definitely unsettled at this point in time.

I think the course the future will take, for we Americans, and for the rest of the world, will be determined over the next 4-5 years. It will depend on us… on the ordinary people, the you and me and our families to look to the future, and to move on a path that will lead us onward, and not hit yet another detour into the darkness that has riddled so much of our past. 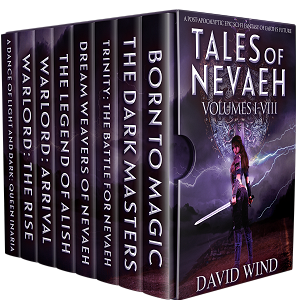