In Fiction There Is Always A Story Behind The Book

HomeStandard BlogIn Fiction There Is Always A Story Behind The Book
August 12, 2016 David Wind

Don’t let anyone kid you! If a writer says, Oh, it just came to me and I wrote it… Yeah, right. There’s always a story behind the story. Imagination and creativity are what takes the ordinary, the ho-hum of something that is always there, or is just around the corner, and turns it into something bigger.

It could be as unassuming a thing as overhearing a conversation between two people on an airplane and suddenly your imagination combines with the part of the writer’s mind that brings out the creativity of an idea—kicks into full bloom and a story is birthed. It may not be detailed, it will not be complete, but somehow, you just know this is it!

For example, the Tales Of Nevaeh series, a sci-fi / Fantasy combo came to me this way. Oh, it wasn’t overnight, it wasn’t even recent; it was something that ticked inside my head like a time bomb awaiting release.

It was part of what made me write my first hardcover, The Hyte Maneuver, a Police Procedural thriller, and it kept feeding into my mind until I finally said, ‘enough!’

What is it about terrorism that keeps the world in thrall…the senseless violence, the slaughter, the needless deaths of so many people because of politics, religion, or race? To me these are the main causations of terrorism. When I write about terrorism, it’s not about what happens within a country’s domestic struggles, the type of terrorism that is more of a civil war. Although religious and racial bigotry is form of terrorism that I cannot abide—anyone want to argue that the Klu Klux Klan isn’t a terrorist organization?

As far as I know, the worst terrorist in the modern world was Adolph Hitler. After World War II, with all the truths that surfaced, one would have hoped the world had learned its lesson, but we know that didn’t happen. People never looked at Hitler and his NAZI party as terrorists because he and his minions ruled a country, and, bluntly, he was their government.

For me, the true start of international terrorism—terrorism that has no boundaries, that does not believe others have the right to their way of life—is what fed my imagination and helped me to create Nevaeh, our world 3000 years from now.

For me, the story behind the story started in 1976, four years before I sold my first novel. In the summer of 1976, in Munich, Germany, a band of Palestinian terrorists murdered 11 Israeli athletes. I didn’t see this as just another attack between Palestinian refugees and Israelis; rather, I saw something I sensed would change how we looked at the world. It taught me how terrorists will go to any lengths; go to any places, to fulfil their need for violent confrontations instead of peaceful negotiations.

It took another fourteen years for the story to settle into my head. It took fourteen years of watching and hearing about the attacks, about the terrorism, which was spreading like a disease throughout the world, and still is. Like a virus, terrorism has begun to destroy the life we have been living by taking away the freedom we all have—the freedom to walk down the street without fear, to travel to another country without being afraid our plane might explode; or our train be derailed. Terrorism makes us fear going to a restaurant or to a church, or synagogue, or mosque without worrying if some radicalized lunatic will appear with a gun or a knife and hatred in his head and heart.

So I began to write Born To Magic, turning America into a fragment of what it had once been, it’s lands destroyed by radiation, the world almost dead from the nuclear attacks of the fanatical terrorists who want only to control the world and the people in it.

I looked at what is happening in the world, and thought about the past, considered what has happened in the name of religion, race, and nationalism and set about creating a world that would be different. In Nevaeh, in my world of the future, there are no races. Evolution took care of that. In Nevaeh, everyone is but a varying shade; in Nevaeh, while there is no racism, life is far from what it is today.

When I started the book, I was starting a novel, by the time I was halfway through, I knew a single novel would not be enough, that there would be more than one book. So the series, Tales Of Nevaeh, was born. With it, I hoped to convey my feelings about what is happening to our world and our country now, how terrorism is growing and fear is rampant worldwide, and then to project it into a future both bleak and promising.

From the readers I have chatted with via Facebook and email— yes, I appreciate when someone who reads my work contacts me—I have gained a sense of believing that I’ve accomplished some of what I set out to do with Tales Of Nevaeh.

I hope you have a chance to share it with me. 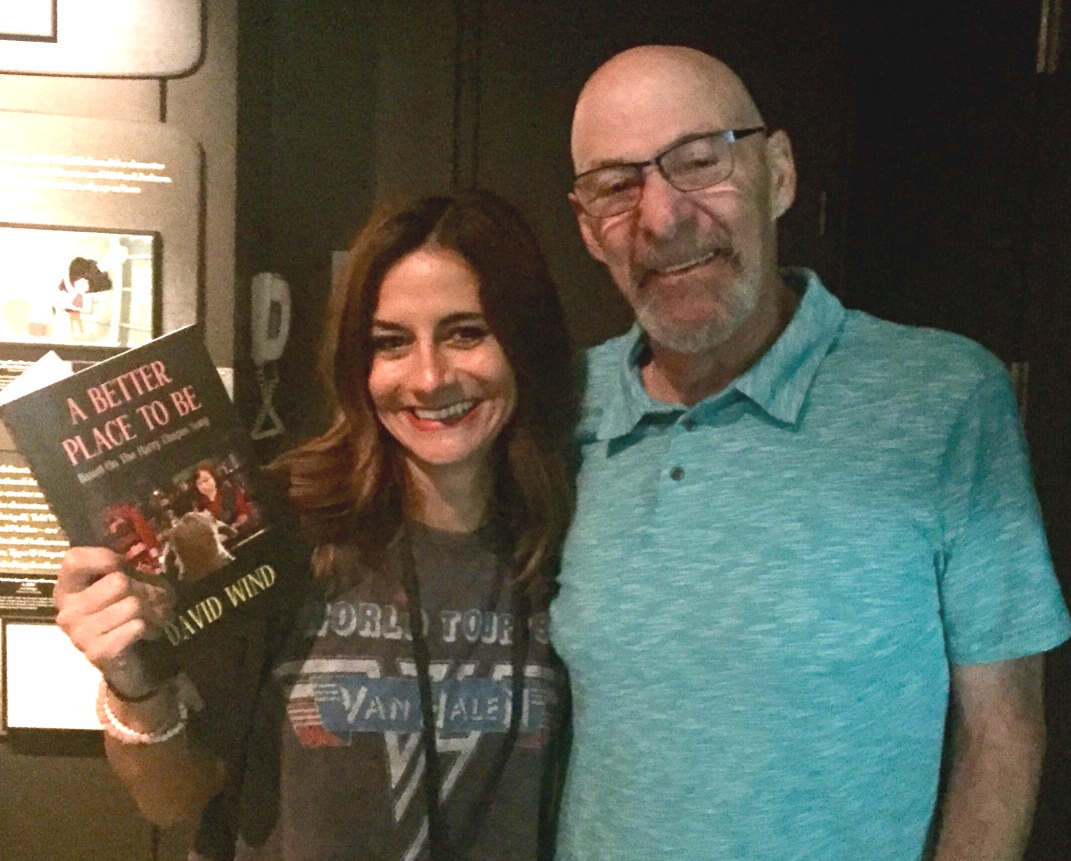